–  but here’s some information on them anyway! 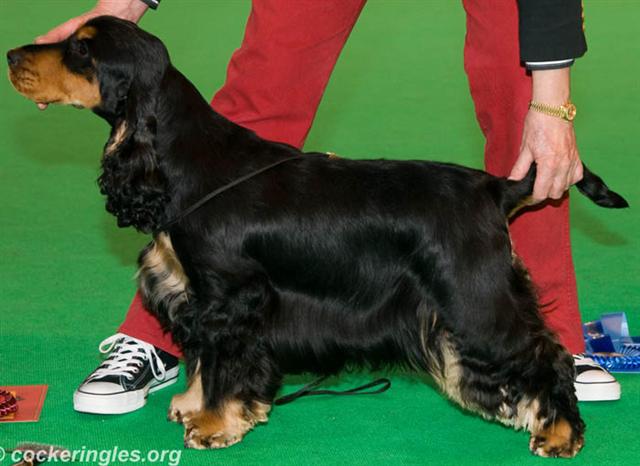 Now aged 11, Rocky has been retired from stud work, but has a number of offspring in the first and second generation winning in the show-ring.  He is tested clear for FN and PRA, gonioscopy tested unaffected for glaucoma, and has a hip score of 7/8.

He took his first CC at the Cocker Club of Scotland on 11th April 2010, his second at Southern Counties on 4th June 2010, where he was beaten for BOB by his full sister Canigou Secon Tan Rose, and gained his title at Border Union on 20th June 2010, after which we stopped showing him for a while so that he could be our house-pet. He has a fantastic temperament and was never happier than when showing off in the show-ring. 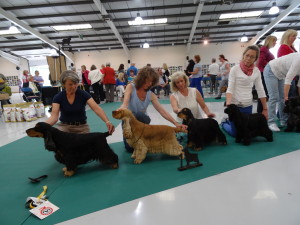 In 2015 he won the Special Progeny Class at the Cocker Club (right).  Behind him are his children Sh Ch Withiflor Rolling Stone (golden) and Withiflor Wheels of Fire RCC (B&T).

In 2016 at South Wales and Monmouthshire Ch Sh he was first in Open Dog and Best Veteran for judges Jane Mitchell (dogs) and Bea Robertson (bitches).  He was also sire of the Best Puppy (Cachel Moviestar for Foness) and Best in Show (Sh Ch Withiflor Rolling Stone) at this show.

In 2017 he was shown as a veteran and won 21 Veteran Dog classes at Championship Shows, 18 with Best Veteran overall.  He also won 2 CCs, one with BoB, including winning the CC at LKA in December at the age of nine and a half!   He was also first in the Veteran Group at Blackpool Ch Sh.

To round off 2017 he was awarded the title Veteran of the Year 2017 at the Cocker Club Match in January 2018.  He finished his show career with a first in Veteran Dog and Best Veteran overall under Bea Robertson at Birmingham Ch Sh in May 2018, just short of his tenth birthday. 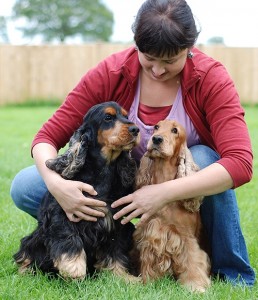 Left – Rocky with Blessed Nut Wish (Cz) and her owner
Veronika Nechvatalova.  Veronika brought Nut Wish
(Bezinka) over from the Czech Republic to mate to Rocky
in August 2012.

Below is the result – 6 pups born early in October,
including a black and tan. 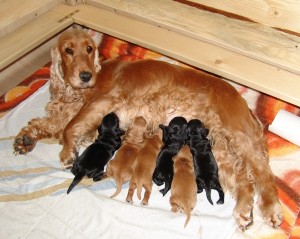 And here are some portraits of the puppies, aged 4 weeks. 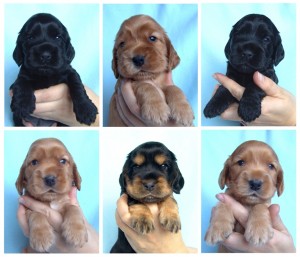 The two photos below show the pups aged 2 months.  Left – the dogs, right – the bitches. 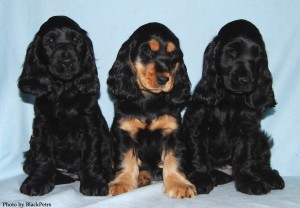 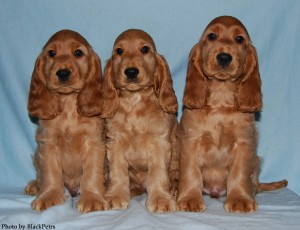 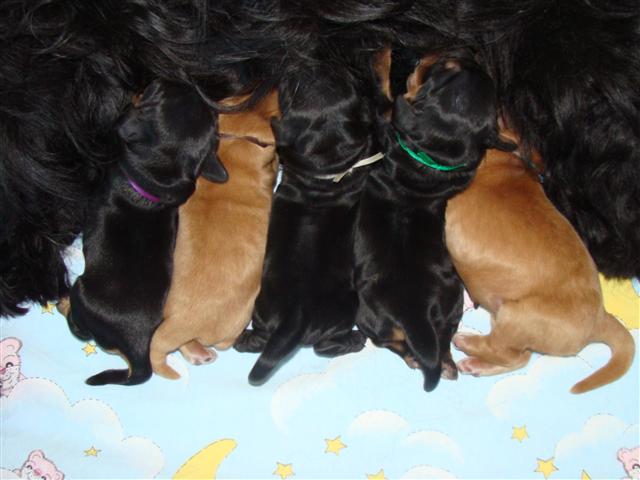 Above is a picture of Rocky’s litter to Anita and Mario Sedzicka’s Int Ch Eza Hezjoda (Zuza) (Xilander kennel). Anita and Mario brought Zuza from Poland for the mating, which resulted in a black, two reds and two black and tans. Here’s a link to their website www.xilander.com, where there are some more photos of the pups on the Puppies page. The more recent photo below, taken in Anita and Mario’s garden in April 2012, shows puppies from this litter and also from their litter by Rocket Science (see below). 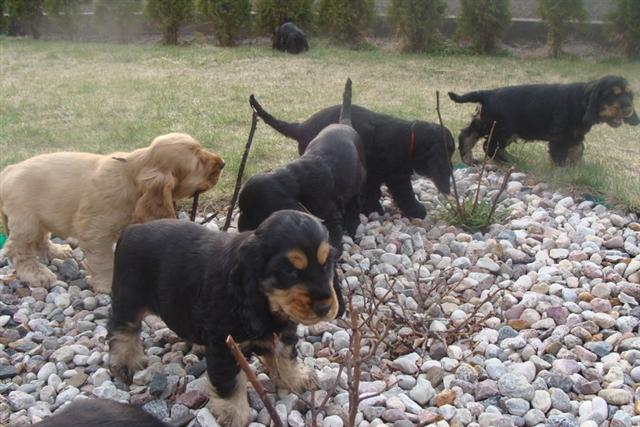 Rocky has also sired a litter to Karin and Peter Gerhard’s Snoopy’s Double Sweet from Germany, below. 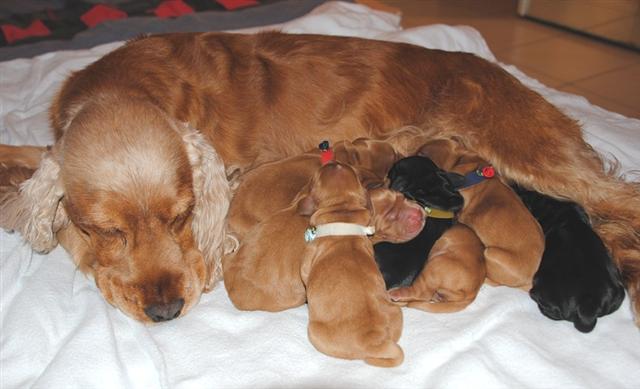 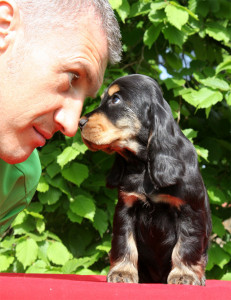 Here’s another of Rocky’s pups with his dam’s breeder Dusko Piljevic, in Serbia, photographed in May 2015

Mikey is no longer available at stud. 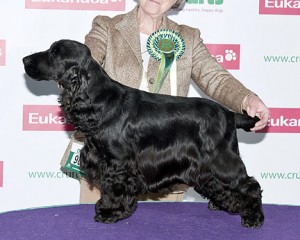 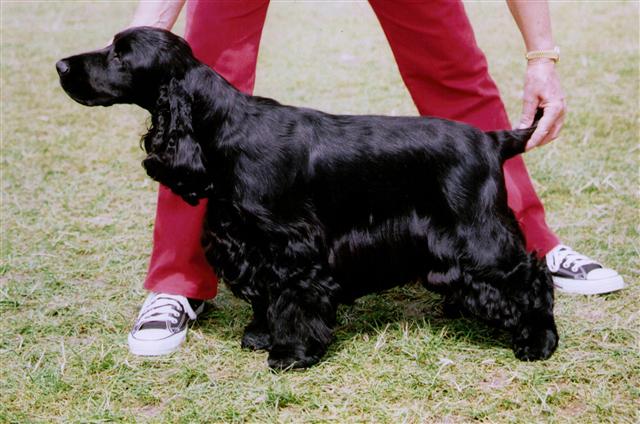 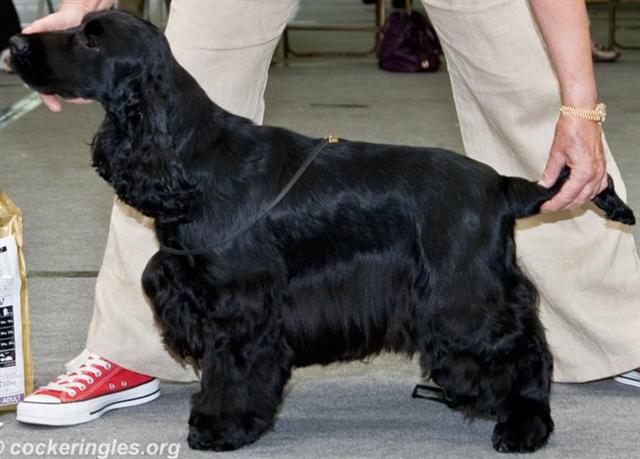 Photo taken by Juan Luis Lopez at the Cocker Club 2010

Mikey is a proven stud dog. His fIrst litter, to CANYONN CLASSIC TOUCH included 5 blacks and goldens. He is pictured above aged 12 months.

Mikey is tested clear for FN and PRA, gonioscopy tested unaffected for glaucoma, and has a hip score of 7/7.

This photo, taken at Lancashire Cocker, shows Mikey (left) with, next to him, the bitch Canyonn Classic Touch and all four of their pups. The three pups which have been shown have all won firsts,or better, at Ch Sh. 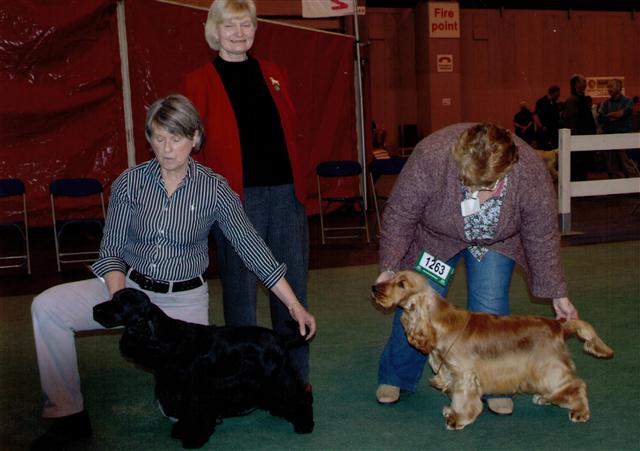 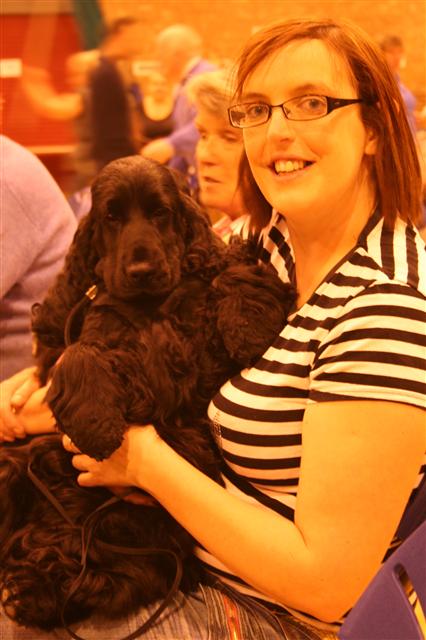 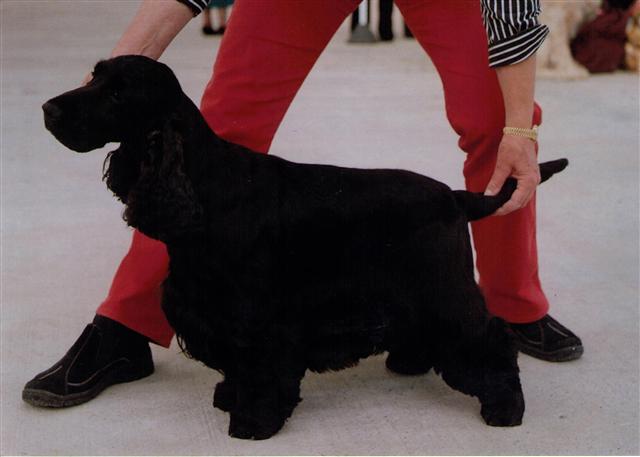 Here’s Mikey in October 2011, aged two and a quarter years. 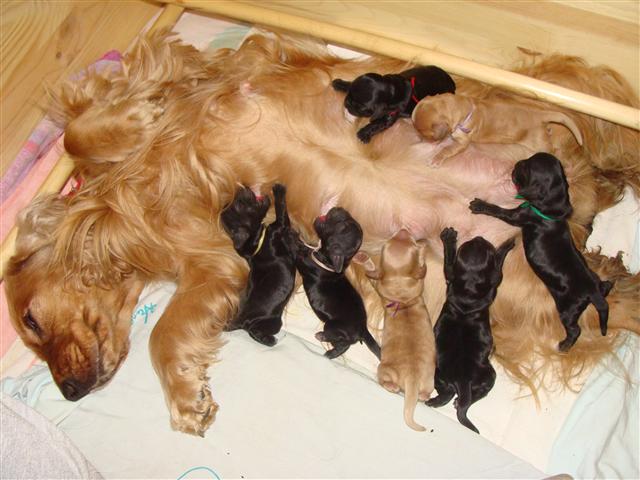 This picture of contentment shows Mikey’s litter to Anita and Mario Sedzicka’s Int Ch Ivette Quattropedes (Lilly) (Xilander kennel). Lilly also came with Anita and Mario from Poland to be mated to Mikey. You can find this photo and lots more of the puppies at Anita and Mario’s website www.xilander.com on the Pets page. 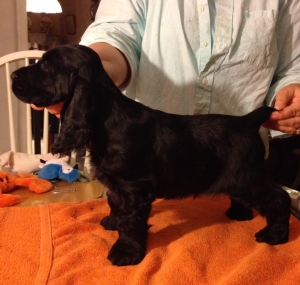 A son of Mikey, bred by Liz Neff in the States, pictured in November 2014, aged about 10 weeks. 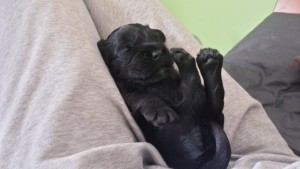 Here’s a contented son of Mikey, born in the Czech Republic

Happy is no longer available at stud. 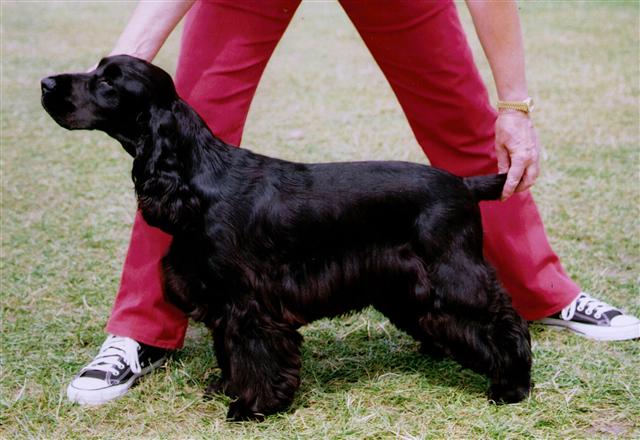 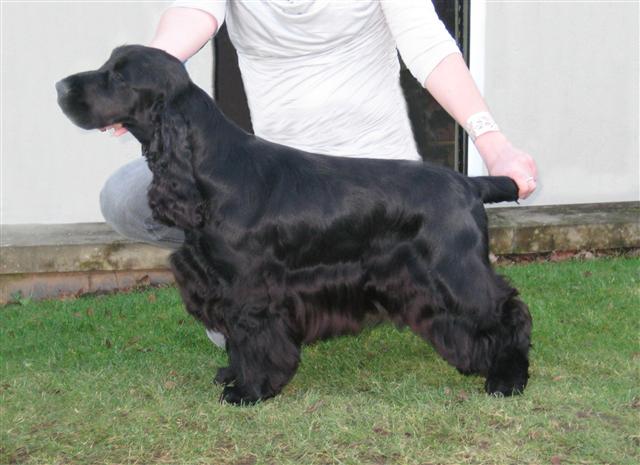 Happy is the result of an out-cross, where I mated Canigou Tail Me a Story to Sh Ch Weirdene Winning Sweep to bring new blood into the line and produce a dog which could be mated back to my bitch line.   Happy  is tested clear for FN and PRA, gonioscopy tested unaffected for glaucoma, and has a hip score of 7/9.

Happy sired a litter of 5 black puppies to Sh Ch Canigou Love on the Rocks, born on 29th February 2012. Two are pictured below: 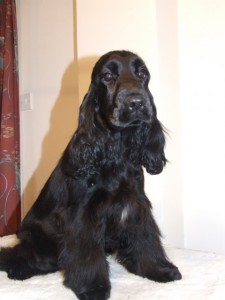 The photos below show Canigou Love ‘Em and Leave ‘Em (Archie) being shown by his new owner Taava Nevapura in Finland.  In the photo on the left he is winning his first Finnish CC.  The photo on the right was taken in May 2013.  Archie is now a Finnish and Latvian champion. 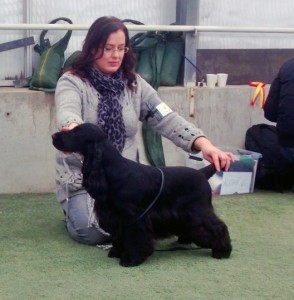 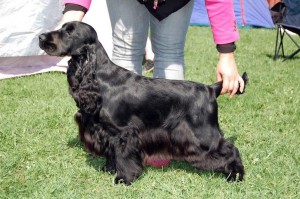