1984 CANIGOU TOTAL ECLIPSE won Best Puppy Dog under judge Ron Clarke. He’s below, on the left. Many thanks to Jimmy Wyatt for digging out this old photo. It shows judges Ron and Jackie Maris-Bray and in front Tricia and Angela Hackett. 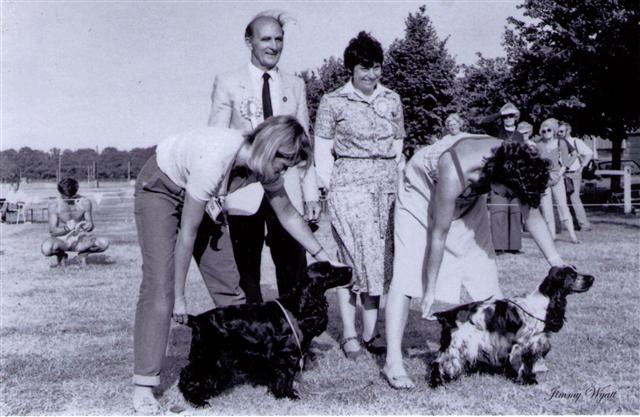 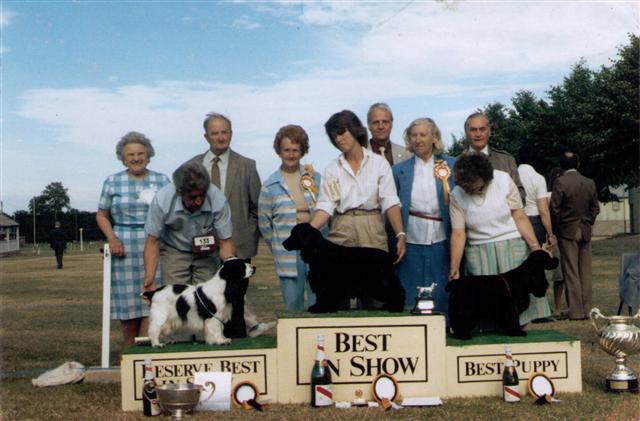 1992 CANIGOU PATENT APPLIED FOR was BPIS for judges Ed Simpson and Moray Armstrong. 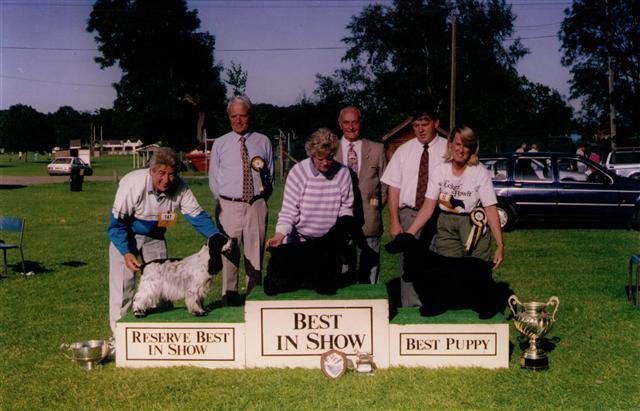 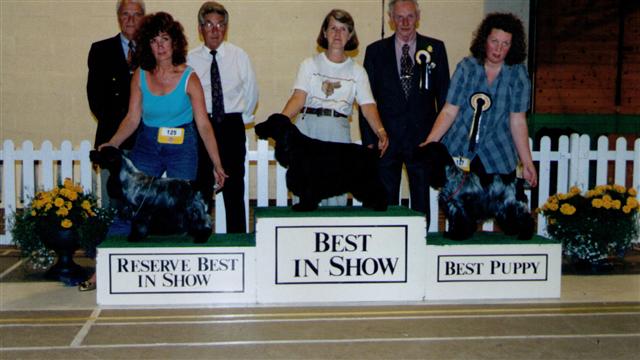 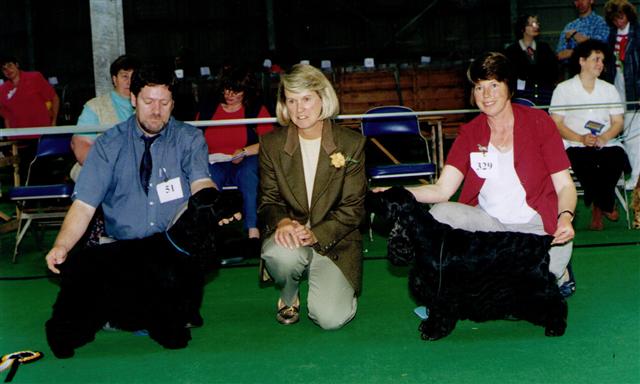 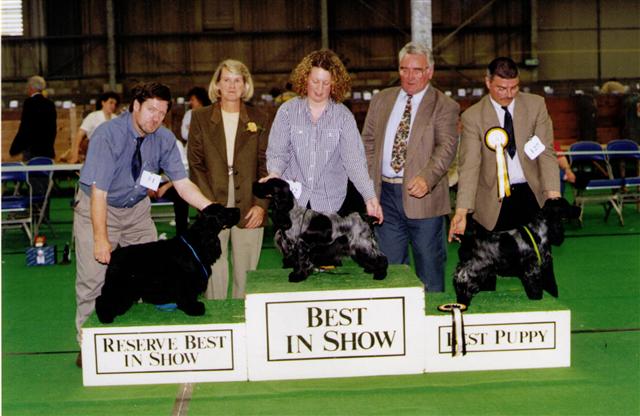 2003 SH CH CANIGOU CAUGHT IN THE DARK was BPIS for judges Joyce Caddy and Angela Hackett. 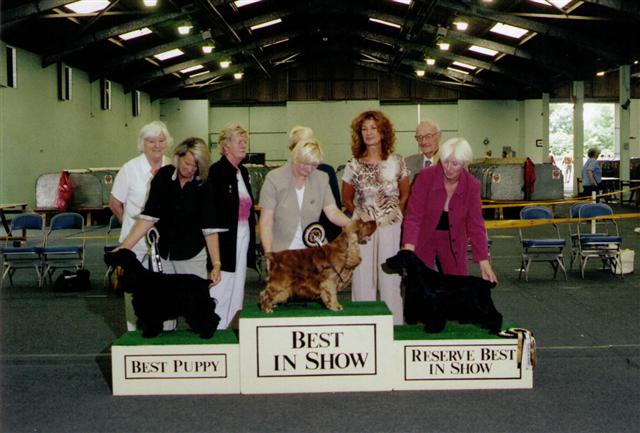 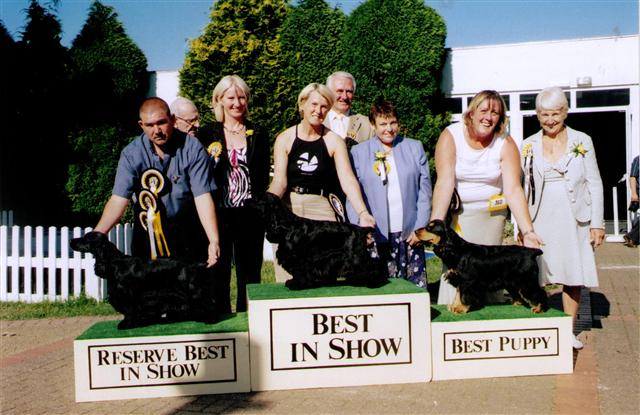 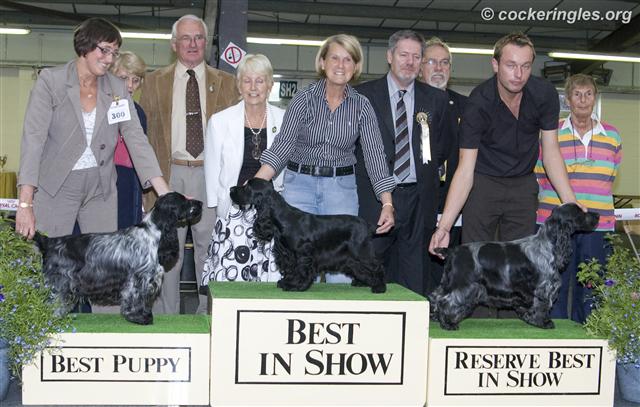 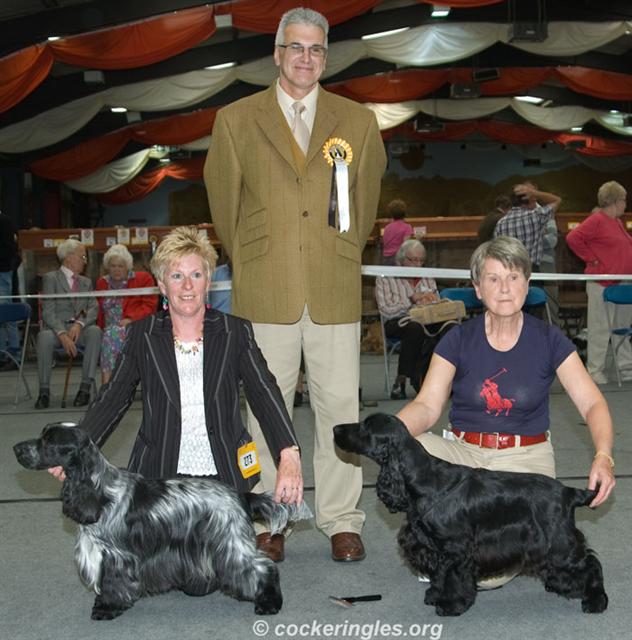 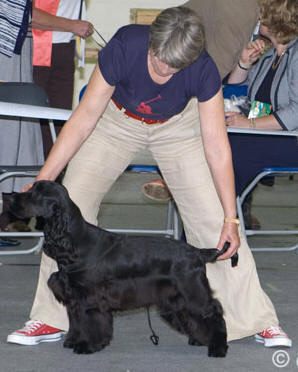 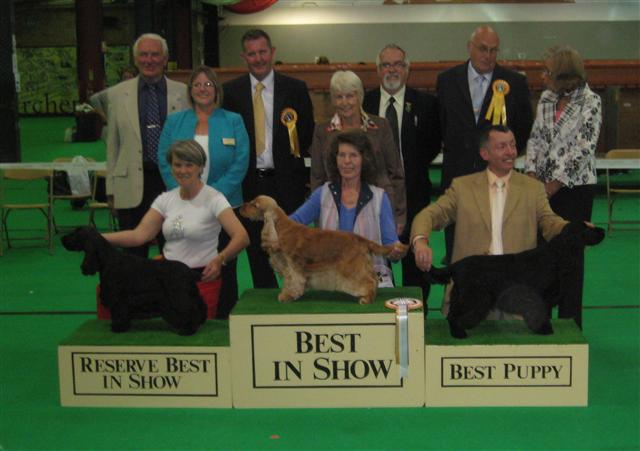 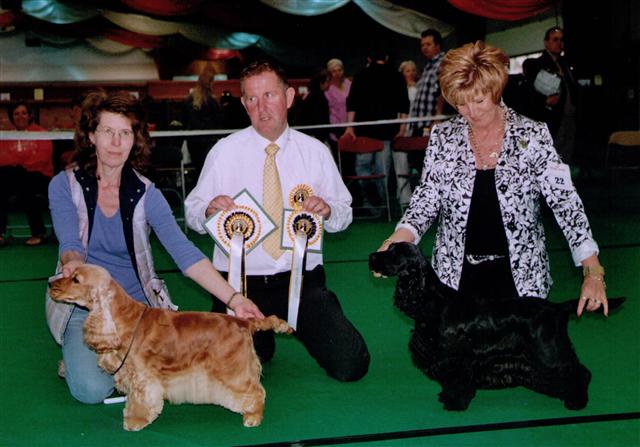 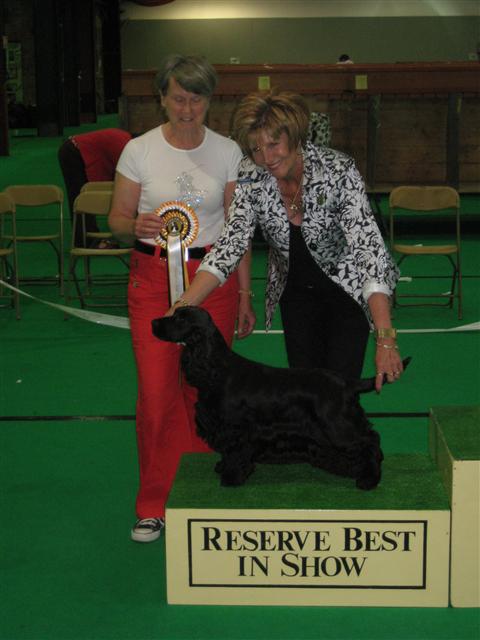 Right: another shot of Lettuce, with handler Anne O’Keefe 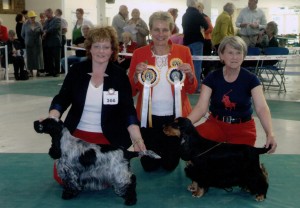 However the highlight for us was the performance of SH CH CANIGOU CLASSIC ROCK (Speedy).  Making her last appearance in the show ring, with four of her offspring she won the Brood Bitch class.  She’s shown below, nearest to the camera with her handler Steve Bentley, who’s making an even rarer appearance in the ring.  Next in line is SH CH CANIGOU SECON TAN ROSE (6CCs) with her handler April Murray, then SH CH CANIGOU LOVE ON THE ROCKS (6 CCs) with Anita Sedzicka, SH CH CANIGOU ROCK STAR (3 CCs) with Adam Murray and finally CANIGOU ABBA NICE DAY with  Trica.   In a brief showing career Speedy won 10 CCs.  She is the dam of 5 Sh Ch, a record in the breed. 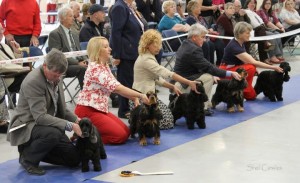 Many thanks to Shel for the photos and to our volunteer handlers for their expert handling.  Shel also took the photo below which shows the dogs which took part in the Parade of Champions – including 6 Canigous. 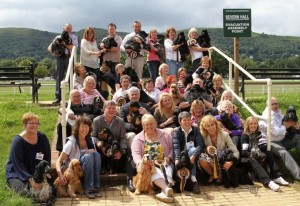 Finally for 2012, here’s a picture of Canigou Abba Nice Day taken by Juan Luis Lopez at the show: 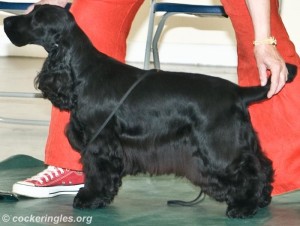 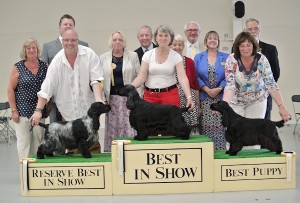 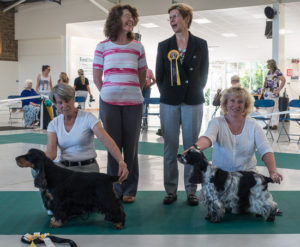 2018 Sh Ch Canigou Rock Star (below), still looking fabulous at nine and a half, was 1st in Veteran Dog and Best Veteran in Show for judge Carol West. 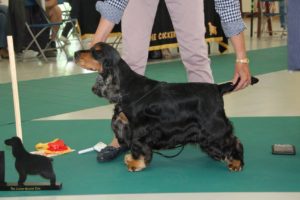