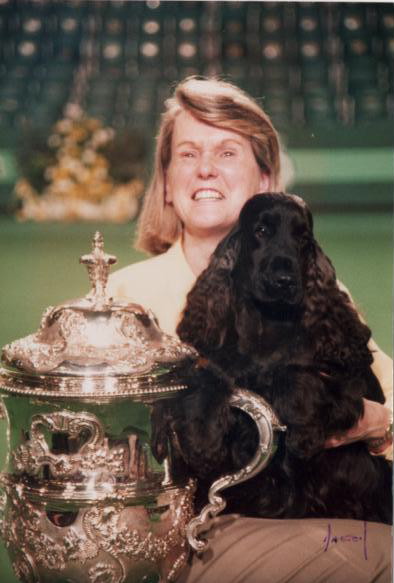 But see the bottom of this page!

A Kennel Club Assured Breeder
with
Accolade of Excellence 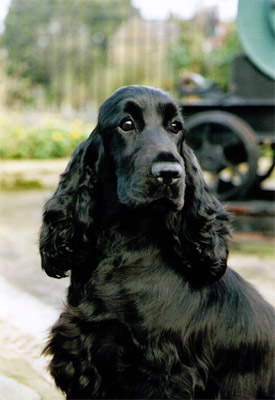 achieved the honour of winning

in the Dog World/Yumega competition. 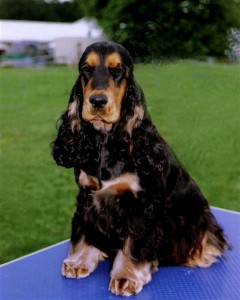 When Sh Ch Canigou Secon Tan Rose (Rosa – pictured left) took her 7th Challenge Certificate at the National Gundog Championship show on 4th August 2012 she became the top-winning black and tan in the history of the breed.  She added 2 more CCs to take her final tally to nine before retirement and has been overtaken by the black and tan bitch Sh Ch Lujesa Starry Eyed, which took her tenth CC in early 2014. 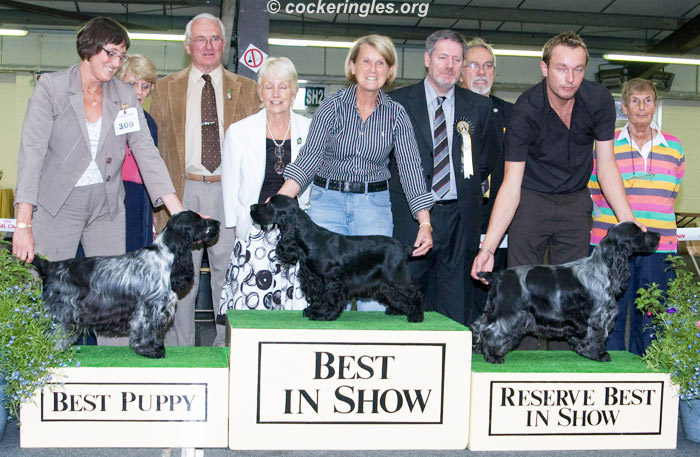 BACK TO THE FUTURE! 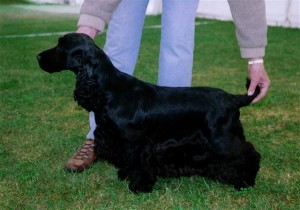 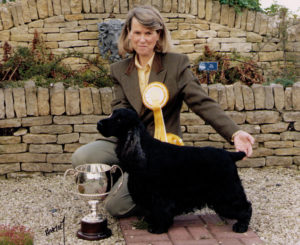 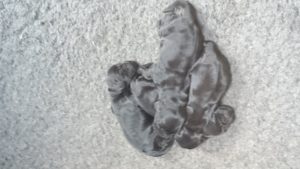 One of these puppies, the bitch Canigou Back to the Future (below),

won 17 first places at Championship Shows in 2017 and 2018 before being retired. 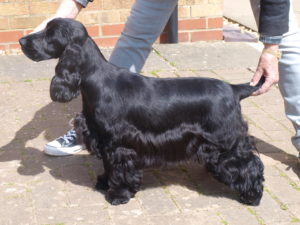 If you are viewing the site on an IPad, you may find some content missing and some pictures and captions slightly misplaced.  This should not be a problem if you view on a Windows-based system.

Make sure you’ve got the sound on!